lithuania.realigro.com is the first worldwide real estate search engine where you can look up listings of homes for sale in Lithuania

Property for sale in Lithuania

In recent years Lithuania had one of the best performances in the Eurozone. The Baltic country became part of European Union only in 2015; in any case, a good result, which attests to a pace recovered after the slowdown in 2015  mainly due to the impact of EU-Russia cross-fines and the crisis experienced by Russia itself, Vilnius' main trading partner.

After the critical phase following the end of the Soviet occupation, the Lithuanian economy  grow at a very high pace in the early 2000s, receiving a further impulse from its entry into the Schengen area in 2007, a factor that has accelerated the transformation into the economy of market of properties for sale in Lithuania.

Lithuania is a country with just under three million inhabitants, an open economy focused on exports which, however, also due to the commercial war with Moscow, is going to undergo interesting transformations. Russia was and remains the first trading partner of Lithuania but the volume of trade has halved.If we want to buy a property for sale in Lithuania we must invest with caution because in the last year there has been a significant decrease in the number of transactions. Despite this, the market of properties for sale in Lithuania is still very active, so it is a good time to sell real estate.

Those wishing to invest in real estate should also be more demanding: the competitive context in urban areas should also be observed, where the purchase is expected.

The best cities to invest in properties for sale in Lithuania are the capital Vilnius, rich in art and nature, but also safe and with a good quality of life. Immediately after Vilnius, the city of Kaunas, defined as The City of Design, is high on the list.

Take a look at the real estate properties for sale at: Scotland, Wales, England, Bulgaria, Ireland.

More news on the real estate market
Other 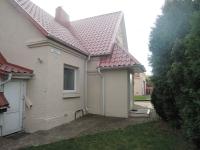 975,400.00USD
For sale
Business
1000000 m²
A licensed Loan Lender,We can help you with a genuine loan to meet your needs. Do you Need a loan or finance to expand or start a business? Or are you...
Add to favourites Details
REALIGRO FREE ADVERT
Cod. 40062

857,279.06USD
For sale
Shop
374 m²
- The premises are located on the main shopping street of Palanga- Vytauto str. 100. The street has the highest flow of visitors both in the season an...
Add to favourites Details
REALIGRO FREE ADVERT
Cod. 39610 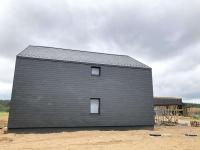 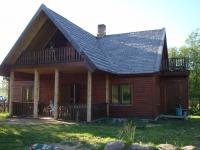 65,351.80USD
For sale
Farmhouse
74 m²
FARMING WITH RIVER COAST A beautiful farmstead with 4 h land plots is sold in a beautiful location on the shores of the Alšia River in Stakliškės Se...
Add to favourites Details
REALIGRO FREE ADVERT
Cod. 38638

3,299,778.20USD
For sale
Farmland
398000 m²
Agricultural land (can be established agricultural company if a buyer makes a request). Object is located in Panevezys county. There are 398 hectares...
Add to favourites Details
REALIGRO FREE ADVERT
Cod. 38559

» Show more
Why choose Realigro?
There are many reasons for choosing Realigro. We summarized them in this beautiful infographic
Free
and Premium Services Check out how easy it is to sell or find your home with our Free and Premium services
Professional Services Discover how to increase your business opportunities
Collaboration between Property portals Do you have a property portal with a nationwide focus? Publish your database on Realigro.
Property for sale
Property for rent
» Other
2005-2022 REALIGRO REAL ESTATE LTD. All Rights Reserved - VAT Nr: 893969932
Neikos Digital Agency
BB